Dr Martin Luther Jr. was born January 15, 1929, in Atlanta, Georgia. Throughout his life, even as a child, Martin discovered violence. It was also evident that he had the ability to persuade and influence others with language. Martin always had the intention for black and white people to be equal in this world. He was introduced to the ugliness of prejudice at an early age. Certainly Martin, like all black southern children, knew that there were places blacks could not go: swimming pools, rest rooms, water fountains, certain seats on the bus and particular restaurants. He experienced firsthand racial discrimination. He was informed from the mother of two white children that they could not play with them at school anymore. His mother consoled him but the sting of rejection hit him hard.

As America grappled with rising racial tension in the early part of the twentieth century, a host of leaders emerged who would shape and lead the modern civil rights movement. Yet few did more to alter the face of race relations during these turbulent years than Martin Luther King. His inspiring speeches virtually ignited the movement, and his commitment to nonviolence set the tone that would characterize the entire era.

Martin was a unique human. By presenting his speech ‘I had a dream,’ he had the power and influence over the world and civil rights movement. His power seems to have taken on even greater meaning for all races on the eve of the inauguration of President-elect Barack Obama, the first African American to hold the office. He not only changed the way the world viewed the African American race with his power, he showed a nation that it had to deal with a painful past to find the path of peace. These actions and outcomes were all purely for the good influence of the world. He did this to archive his childhood dream, for black and white people to be equal. Not at all for the exposure or name in the media, but for Negro people to be treated correctly. Many would agree that he alone changed the world with his determination and good power. Martin achieved his power by self confidence and to make ‘his dream’ become reality. He also always had a talent in public speaking and excellent English skills.

With his power on the issue, He left a huge legacy that is still remembered 40 years later. Without his influence, we may not live in the same world that we know today. The Civil Rights movement changed our country, and the world. His power and determination inspired other countries to do the same. After his death, people really felt the importance of his cause. They realized that this man died for something he believed in, something that was important for others to believe in as well. His power was then passed on. You had people after his death that carried out his legacy and worked for all of those things. He wasn’t there to do it, so it was left in the hands of everyone else.

Martin Luther King truly an influence to the world and played a huge role in Civil rights movement. His use of power was definitely in the good category and was an inspiration to many. 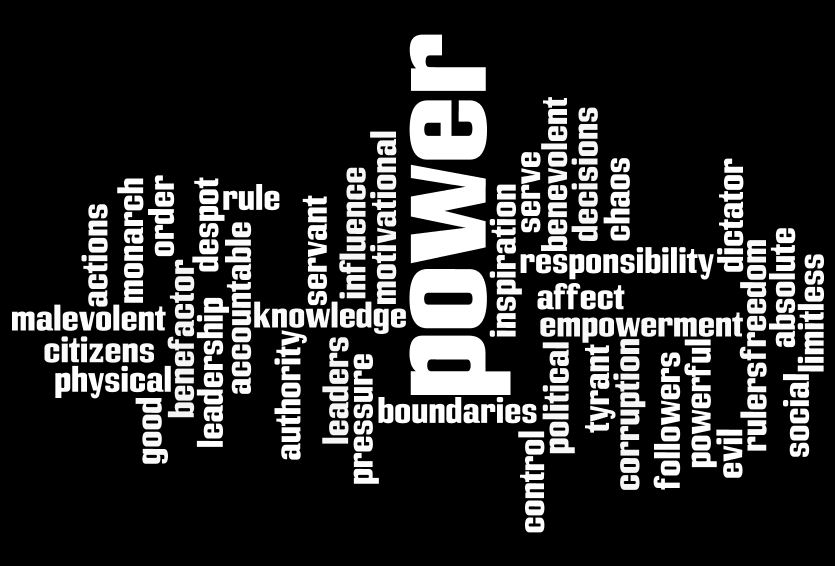